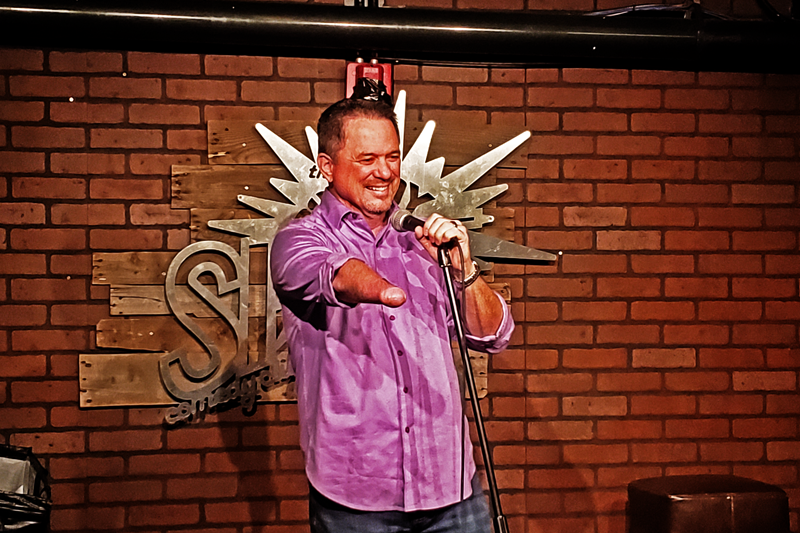 In 2016 I found out that I had cancer.  Not the type of news you like to hear. But if (and when) I was going to beat it, there were two things I wanted to do in my life after recovery – come out of ‘retirement’ and hit a couple of Pro Bowling events, and try stand up comedy. About a year after my cancer surgery and radiation, I started to feel like myself again. So I hit the lanes and bowled a bit.  But once I hit the stage and tried comedy, I realized I had more passion for giving that my time then going back on tour.  I believe I will hit a tour stop sometime, but right now it’s not my priority.  Comedy is my priority. Want to see a show?  Here’s my calendar.

This is just a small taste of my comedy.  NEWS FLASH – I poke fun of myself for having one hand.  In a way, I’ve been working on my material my entire life.  I have no problem having one hand, so joking about it is easy for me. I am developing material around two handed people, but I’m not sure how that will go over; if you happen know any of those people, you know how sensitive they can be. More videos on my YouTube Channel.

Support is crucial when trying anything new. As any of the comedians I have met in this journey will tell you…it is very stressful to get up in front of a bunch of people you don’t know and try to make them laugh. In my life I have literally conducted presentations in front of billionaires. This is much more stressful.  That is why the support I have is so important.  Family, friends, and the people in the audience I don’t yet know are truly a blessing. It’s been a great ride meeting new people.