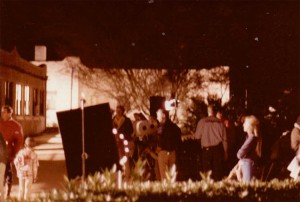 On the left you can see Tom Laughlin and I. It looks like I am paying close attention to whatever he is saying. Deloris Taylor can be seen on the right.